Some of the substantial projects he has photographed include the Dugong Beach Resort, the Airport Hotel (Darwin), the Darwin cruise ship terminal, Katherine Visitors Centre and scores of hotels, restaurants, cafes, tropical houses and buildings.

David has observed and photographed the evolution of tropical architecture in the Top End from the airy, elevated homes designed by Troppo Architects in the 1980s and 90s that often mimicked the best of tropical housing from the mid 20th Century, to the transition to larger, modern homes commissioned by the Defence Housing Authority in the early 21st Century.

The economic boom of the past 20 years, accompanied by improved cyclone standards, has witnessed a changing skyline for Darwin with increased hotel accommodation and taller apartment blocks. David Hancock has photographed most hotels in Darwin and many new residential high-rises.

He has also photographed many of the funky cafes and restaurants that have sprung up in recent years.

As with most of his photography, David Hancock’s architectural work is tinged with the lush light of northern Australia and, where possible, incorporates a tropical landscape, be it the beach, swaying palms, lush vegetation or rich and colourful skies. 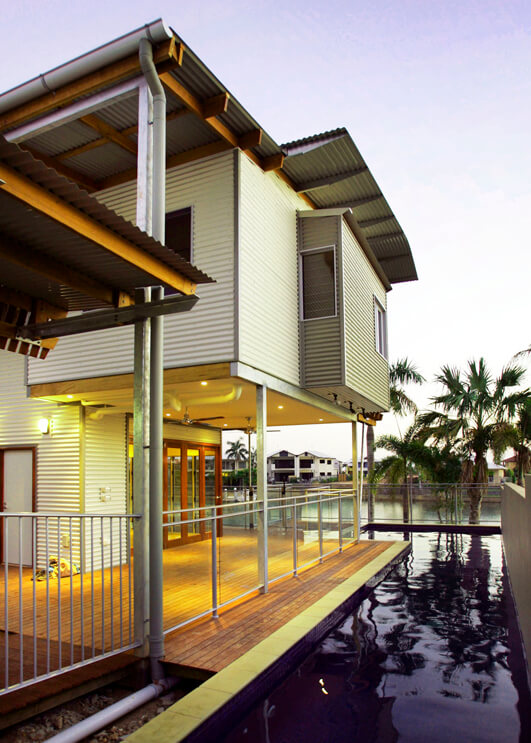